So last week a slight back injury forced me to be extremely inactive, but thankfully made me finish my papers before the weekend. I therefore felt it was only natural to go to Vegas and go crazy. My husband recently won a remix competition so we had some extra moola to take a much needed break. In the past anytime I would take any kind of a holiday/vacation I would see it as a “diet-off” period of time. But that always led to me completely ruining any efforts I had made. I don’t do that anymore because when you do it right, you see your new diet as a lifestyle. A vegan doesn’t eat meat while they’re on vacation! So, while certain choices may have to be relaxed because you’re eating out and have less control over what you eat, you can still make conscious choices. Let’s be real though, I was not a saint. I was in Vegas for one night after all, staying in the Hard Rock Hotel, so I felt like I needed to live like a rocker as well.

The main meal we had there was at P.F.Changs. I wanted sushi as usual, but sushi in Vegas is just…no. We also arrived in Vegas early so had a meal at senior citizen hour. Thankfully this meant lunch deals and smaller portions! I had orange shrimp with brown rice, which was really good and light.

Let’s have a look at our awesome suite, that looks better than my own damn apartment. 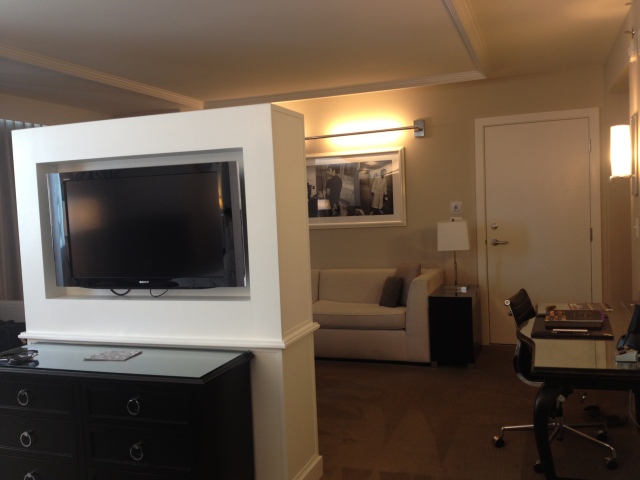 This hotel was definitely more rock, and a little less family friendly. I usually stay at Luxor, and have stayed at MGM and Excalibur which are more family friendly. This hotel was definitely only geared for adults. As we were waiting in line to check in a lot of the other guests looked like they were musicians ready to play a set. Or at least, living in the delusion that they were musicians. The latter of which I’m assuming to be more likely. But it was very awesome and I wanted to take more photos of the decor and amazing rock memorabilia, but the inside of these hotels is very dark so I thought there was no point. Our room was amazing though, and had two TV’s on both sides of the middle partition. I was brainstorming ways of stealing one of them without being noticed, but assumed it was probably going to result in me going to prison. There were cool photos of musicians everywhere, and the large photo on the wall was of Fallout Boy, including Pete Wentz peeing I suppose. Remember how I said this was not a family friendly hotel?

So, I just thought I’d share the fact that we’re all human, and need a break once in a while. It really helped me to decompress since I don’t get a break between semesters. My life has to operate in a very compressed way, so this definitely helped recharge my batteries. I also wanted to mention that, although my inactivity last week was involuntary, sometimes when you hit a plateau you should take a break from working out. I’m not sure if I lifted weights that were too heavy for me, but I definitely overstrained myself. I am clearly not at bodybuilder status yet. My girly arms need to leave the 7lb weights alone and use measly 3lb weights for the reps I’m doing. But the break has actually helped me lose more weight. Who would have thought taking a break would help me see results better? I’m not saying not exercising is the key to losing weight, but taking a break can help shock your muscles when you start working out again.

Overall, two lessons learnt: Hard Rock Hotel is a new favorite stay for my jaunts to Vegas, and 2, don’t overdo your workouts. Build up on weights gradually. I was going to say take a week off from working out once in a great while, but I don’t know. I feel like a lot of fitness experts would not agree…What do you think? 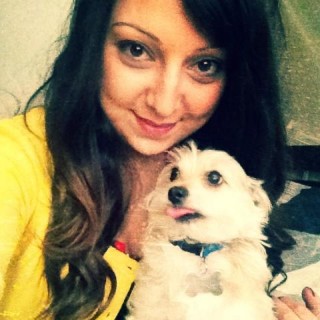